Meet the experienced and friendly doctors and staff who make Wheelersburg Vision Center a proud provider of vision care products and services in Wheelersburg. 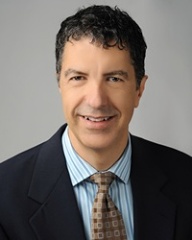 Dr. Michael Raies grew up in St. Clairsville, Ohio, where he attended St.Clairsville High School. He was class president during all four years of high school. He completed two years of college at Akron University, and then transferred to The Ohio State University for the remainder of his undergraduate studies, before entering the College of Optometry at The Ohio State University. He graduated in 1989, and practiced in Marion, Ohio for one year.

After marrying his wife, Dr. Kelly (Carson) Raies, they moved to Pittsburgh, Pennsylvania and practiced for one year before returning to Portsmouth to join Kelly’s father, Dr. Raymond Carson at Portsmouth Vision Center.

Dr. Raies has a variety of hobbies. He has performed in the Southern Ohio Light Opera, the Portsmouth Little Theater, and has performed in and co-directed the Red Stockings Revue, a local variety show in Portsmouth. He has completed the New York City Marathon two times, and enjoys running and working out. His favorite hobby is managing and performing in the band BAD HABITS, “the EyeDocs of Rock”. This five piece, classic rock band, four of which are fellow Optometrists, has been performing since 1987. They have performed annually for the EastWest Eye Conference at the Rock and Roll Hall of Fame in Cleveland, Ohio since 1999, as well as many Optometric conventions around the United States since 2001. Another highlight for the band was performing for the 2006 Vision Source National Convention in Acapulco, Mexico.

Dr. Raies is also an elder and chancel choir member at Second Presbyterian Church, and is active in various charitable organizations and events locally. This includes Miss River Days parade and pageant emcee, as well as Portsmouth High School’s Tri-State Showchoir Competition emcee. He and his wife, Kelly, have three daughters, Sarah, Allison, and Anne Marie.

Dr. Kelly (Carson) Raies grew up in Portsmouth, where she attended Portsmouth High School. She completed her undergraduate studies at Miami University, before attending the Ohio State University College of Optometry, where she graduated in 1988.

She returned to Portsmouth to join her father, Dr. Raymond Carson, in practice at Portsmouth Vision Center. After marrying her husband, Dr. Michael Raies, they practiced in Pittsburgh for one year before returning to Portsmouth.

Dr. Kelly Raies is a member of the American Optometric Association and the Ohio Optometric Association, where she has served as a zone governor for seven years. She is an active participant in the OOA’s RealEyes program, which is an interactive, classroom based educational program that teaches elementary students about eye health. She has received the OOA’s DIstinguished Presenter Award for eight years. She is also a member of Vision Source, a national association of private practice Optometrists.

Dr. Raies has a variety of local interests. She is the founder of the Scioto County Clean Team, a group that organizes local clean-up events and promotes a litter-free community. In 2009, she was she awarded the Citizen of the Year by the Portsmouth Area Chamber of Commerce for her community service efforts. She was also the first citizen in Scioto County to receive the “Kudos for Caring” award from the Lawrence and Scioto County Solid Waste Management District, in 2011.

She is an elder at Second Presbyterian Church, where she serves as Youth Mission Director. Dr. Raies is a past board member of Southern Ohio Performing Arts Association, and the Portsmouth Area Arts Council. She has served as a choreographer for several local musical productions.

Kelly and Michael Raies are the proud parents of three daughters, Sarah, Allison, and Anne Marie.

Dr. Julie practiced in a private practice in Cincinnati, Ohio for 8 years following optometry school. In 2001 she joined Portsmouth Vision Center where she is currently seeing patients.

Dr. Douthat has two children. Her son Cameron is a graduate student at Bowling Green State University and daughter Allison is in the architecture engineering program at the University of Cincinnati.

Upon graduation Michael moved back to Southern Ohio where he joined the Portsmouth Vision Center where he is currently seeing patients.  Dr. Miller practices primary care Optometry, including management of ocular diseases as well as contact lens fitting and pediatrics.

Dr. Miller is married to Lori Miller, also a Southern Ohio native, graduating from Portsmouth West.  They have one son, Mason, born in 2017. He is an avid runner and also enjoys cycling and spending time with his family.

You can schedule your next appointment with us online!

Leave Us a Review

Please take a moment and let us know how your experience was.